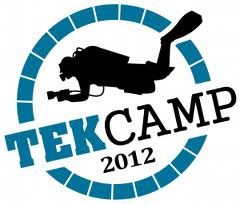 Most of my (many, many, many) regular readers will know; part of my master plan for 2012 was to attend TekCamp.
TekCamp, of course, being the gathering of 12 top technical instructors, a load of tech divers that need improving, a quarry, a camp site, and 5 days of pure diving. TekCamp 2011 was awesome, and i purchased my TekCamp 2012 ticket the moment they went on sale. 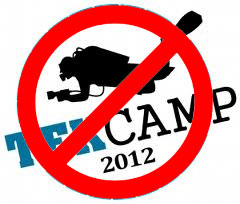 Unfortunately, as with the best laid plans, work stuck it's big fat arse in the way, and ruined everything. I have to admit, i was devastated; i couldn't attend TekCamp after all.
However, being the wonderful husband i am, i granted Wifebuddy a weeks leave; and she went anyway.

So much for solidarity huh?


Upon her return, i figured; since she pissed off leaving me behind with the forever-shitting pretend French Bulldog, she could bloody well do a blog post.
So; i present to you my first ever guest post, by none other than; the one ... the only ... the forever neutrally buoyant ... WIFEBUDDY!!! 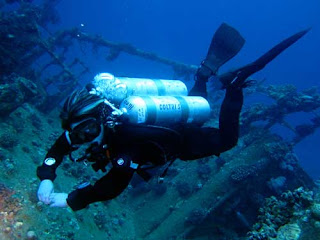 Leaving Andy and Mr Gibley (my beloved French Bulldog) behind in Belfast, I arrived with my 40kg of luggage at Stansted Airport. Having survived security checks, screaming children on the plane, and struggling to lift the ‘mini monolith’ from the luggage carousel, I was now waiting in the car park for Tara; who had kindly offered to collect me, and drive us to Tekcamp. 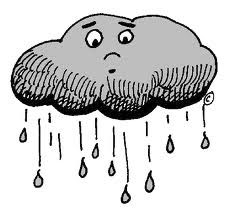 It was raining, and a weather warning had been issued for the South West of England; where Vobster Quay is located.

As we set off Tara declared that her ‘muffler’ (exhaust to the rest of us; she is Canadian) was beginning to go, and Taylor revved in confirmation to this. We headed down the M25 in the noisy beast, catching up on what had happened since we had last seen one another, and chatting about what Tekcamp was going to be like.

60 miles down the road it happened.

The curse of Kerri struck once again. One minute we were chatting away, the next Tara was nursing the spluttering, clattering Taylor onto the hard shoulder of the M25. The exhaust had fallen off.

I looked at Tara and said ‘Please tell me you have RAC cover?’
‘Yep’ she replied; and I breathed a sigh of relief. 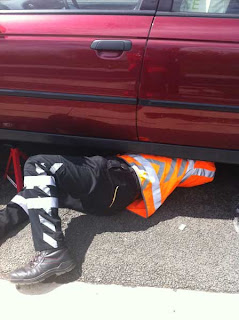 The RAC lady said that we would be treated as priority because we were on the motorway but that we should get out of the car and sit behind the barrier. It was raining, but we took our chances.


40 minutes, 3 cupcakes, and one clever repair by the RAC man later and we were off again. Facebook had updated most people to our plight, but we phoned Trudy, who was already at the campsite, to let her know we were on our way.
When we arrived at the campsite several tents where already set up; Trudy had helpfully kept us a nice spot at the back of the field. Thankfully the rain held off long enough for us to erect our tents, whilst enjoying a quick drink and we waited on Linda. During that time there was more catching up to be done, and introductions to be made.

Once Linda was settled we all headed off down the pub for a drink and some tea. Following Andy’s difficulties last year, I decided at least one Clarke had to have a drink in the Vobster Inn.

Alas, I was also thwarted in my attempts, as it was closed. Undeterred, we headed down to the Talbot and enjoyed a few drinks.

Around 9pm we returned to the campsite, and retired to bed ready for the first day of Tekcamp.


I wanted the opportunity to try new gear, and go diving with Trudy, Linda and Tara; so I opted for the 5 sessions.

Upon arriving at Vobster we sorted out our tag system for the week; allowing all our food and gas to be accumulated, and paid at the end of the week. I then went in search of the twinset I was hiring for the week.

Tim brought me into the compressor room and they were… 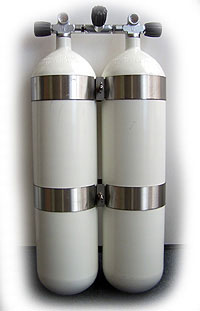 Twin 12 euro cylinders with a Halcyon manifold, filled with 32%. I was in GUE heaven. I quickly found a trolley (they are heavy big things) and started to set up my kit.

Slowly, all the other attendees and instructors started to arrive. Despite an increase in numbers from last year, the addition of extra kitting up benches in Vobster meant there was plenty of room for everyone.


After quick a quick ‘Hello’ to Jim Dowling, Paul, Toomer, Rich Walker and Jason Brown; event organiser Martin Stanton called us into the marquee for the first briefing.


All the memories from Tekcamp 2011 came flooding back.

On the first day everyone would be doing MOT’s which was basically a skill circuit in your chosen setup (twinset, sidemount or rebreather). I was with Paul Toomer with Graham Blackmore as safety diver. Tara was also in my group. 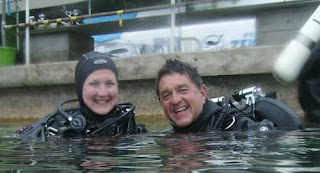 We met up with Paul and he ran through the skills we would be doing; which included a valve drill, S-Drill, mask removal and SMB deployment.

The first thing I noticed was, the briefing didn’t cause instant panic. Last year if more than 2 skills were mentioned I started to worry about how I would cope, and would have visions of floating to the surface. This year I was more confident in my buoyancy control, and ability to complete the required skills.

We all kitted up and met Paul in the water. As per the briefing we dropped down and completed the required skills with no major issues.

Following our debrief, and a bite of lunch, we attended two talks which included Rich Walker’s ‘Project Tiger’. 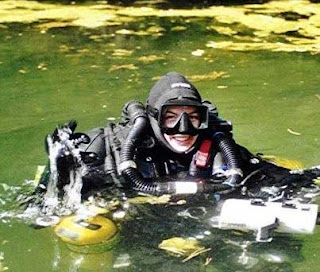 Vikki demonstrated a dry run of the skills on land, conducting various tie-offs around Vobster. Once we were confident, and had a good grasp of handling the reel, we jumped in to try it out in the Quarry.

Linda and I formed one team, and we had great fun completing our primary tie off, and then laying line through the concrete tunnels. We each had a turn, and then followed the line back with our eye’s closed. It was no Human Centipede, but it was fun none-the-less.


Vikki also concluded that Linda and I were awesome; and we headed off to the BBQ, which had the addition of free booze.

The evening talks were held at Vobster, rather than the barn of Tekcamp 2011, so we hung about for John Volanthen’s talk on Cave Diving in Spain. John brought a collection of cylinders, scooters and dry tubes with him, in order to demonstrate the sheer amount of kit that is necessary for extreme cave exploration.

As I had completed 2 sessions on the first day, I was free to do as I pleased on Tuesday morning.

I immediately set about finding a buddy who would watch me complete a valve drill, as I suspected Rich Walker would be making me perform one to ‘Tech Pass’ standard later in the week. 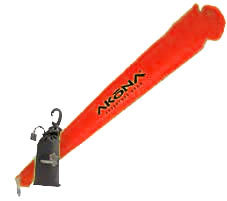 Thankfully Steph was happy to jump in with me. Once I had stopped ogling Steph’s OSTC 2N, and Halcyon 21w HID, we ran through our buddy checks and got in.

We went for a bit of a swim, and I did my valve drill; which went well, bar the fact I turned my right post too tight and needed a bit of help to get it going again. The valves didn’t need as much force as my own!


Steph also completed a valve drill, and after mucking about around the plane, we both deployed SMB’s and ascended from 12 to 9 to 6 to 3 metres.


It was great fun todive with likeminded divers, and have a play Vobster. We got out and congratulated ourselves on being awesome. 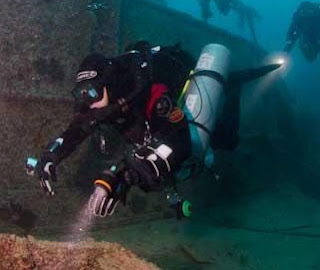 That afternoon I was back with Mr Toomer for a failures workshop. As Paul started listing the various problems we would be solving underwater, some of the anxiety started to creep back.

I took a minute just to remind myself I could manage them; I just had to take my time, and think about what I needed to do.

Paul stated he would point at various bits of our kit, indicating that it had broken, and we needed to deal with it. If it was a first stage, or manifold failure, we had to ask him if the bubbles had stopped; and, depending upon the answer, react appropriately.

At the end of the failure we would re-open all our valves, ready for the next drill. 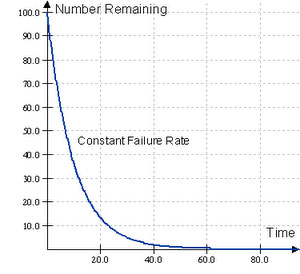 In the 50 minutes that followed Paul failed: my second stages, my manifold, my left first stage, my wing inflator, and my drysuit inflator.

He then pointed at my wing inflate once again. As I stared at him, he grabbed it and started to inflate my wing. I started to dump gas from my kidney dump, and shut down my right post at the same time.


Only when my reg breathed dry did I remember to switch to my back up.


As I settled back on the platform I decided to give Toomer the finger, which he found hilarious, and then he began to torture Mark; by suddenly throwing the loop of his JJ behind his head and signalling out of gas.

As Mark dutifully donated his long hose, I thought it was clever that Toomer chose him and not me; I may have had to think twice!

Once we had deployed a SMB as a team, Paul sent his bail out down the line to Mark, and then an Ali 40 down the line to me; so we could experience what it felt like if you needed more gas to be sent down your line while on deco.


Even with my arm stretched as far as it would go I was just waiting to get clunked on the head by a cylinder. Somehow I ended up with Paul’s Ali 80, and the Ali 40 clipped off onto me. The bastards then proceeded to let me swim them back to the exit point. Gits.

A lengthy debrief was conducted over tea, as Paul assured me he only inflated my wing as I had coped so well with the others drills. He also stated I should consider where my training was now going. 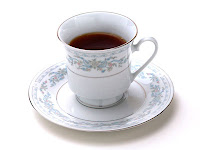 More tea followed, and I had a chat with Rich Walker about Project Baseline: Strangford Lough; and the work Andy and I had been completing for it. 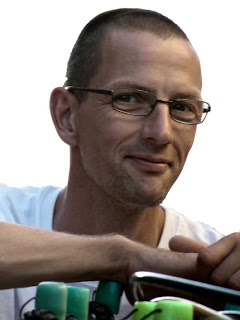 The evening talk was from Phil Short on ‘20 years in diving.’

Phil had presented some of his crazy cave exploits last year at Tekcamp, but this years talk was very interesting; he started right back at completing his Open Water and ran through to the present day.

He had some fantastic photos, and great stories about his diving, be it in a cave or wreck, warm, or cold water.

I like Phil Short’s talks, but still maintain he is crazy.

So; 2 days and 3 workshops down, we headed back to the ‘moist’ campsite and indulged in a hot chocolate in Trudy’s tent. 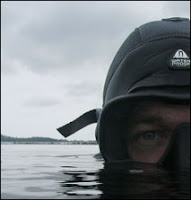 Thanks for commenting, I appreciate it! 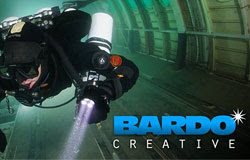 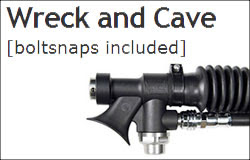